Another reason to travel to Vietnam is to enjoy the local food and, while many areas have a lot of international cuisine, it is well worth seeking out some of the restaurants serving the fresh and spicy tastes of Vietnamese food.

Aside from restaurants, be sure to eat plenty of street food while traveling through Vietnam. Street vendors serve up steaming bowls of Pho and other delicious noodle dishes.

The food of the north is heavily influenced by China with its stir-fries and noodle-based soups. As you move south, there's more flavor-blending with nearby Thailand and Cambodia. The tropical climate down south also sustains more rice paddies, coconut groves, jackfruit trees, and herb gardens. The food in southern Vietnam is typically sweeter: sweeter broths for pho, more palm sugar used in savory dishes, and those popular taffy-like coconut candies made with coconut cream.

Vietnam is the second-largest rice exporter in the world (after Thailand). Rice is grown all over the country, most bountifully so in the Mekong Delta down south, which can grow enough rice to feed all 87+ million people of Vietnam, with plenty of leftovers beyond that. (So much rice.)

One local told us that instead of saying gesundheit in response to a sneeze, you can say cơm muối, meaning "rice and salt." So, rather than blessing someone or wishing them good health, just say rice and salt, and that should cure whatever's ailin' them.

Most salt intake in the Vietnamese diet is delivered in the form of fish sauce. Salty, funky, fermented fish sauce, or nước mắm in Vietnamese, is used in marinades, soup broths, salad dressings, spring roll dips, and it's really hard to think of any dish where it's not used. The national condiment is nước chấm, made of fish sauce that's diluted slightly with a splash of lime juice, sugar, chilies and garlic

People say the most prized fish sauce comes from Phu Quoc, an island near the Cambodian border. The waters around Phu Quoc are rich in seaweed and plankton, keeping the local anchovy population very happy. While any kind of fish can be used to make fish sauce, anchovies supposedly produce the ultimate fish sauce and Phu Quoc sauce only uses anchovies harvested around the island.

Vietnamese food makes extensive use of fresh herbs, spices, and aromatics. Sometimes they go into a steamy pot of pho, sometimes wrapped into spring rolls, sometimes enclosed with a banh xeo pancake.

The freshness of each ingredient is crucial. When we met a popular chef in Hoi An, Trinh Diem Vy, she said her highest-paid employee (and she has 280 employees across all her restaurants) is her market shopper. There's a lot of pressure on that market shopper's nose to whiff through the chaos of the market to locate the very best and brightest ingredients.

Cilantro: In salads, soups, spring rolls, and beyond. Widely used as the finishing touch garnish. Depending on your genetics, might taste soapy.

Mint: Several varieties grow in Vietnam. Some are fuzzy, some taste lemony, some spearminty, others are spicy...

Fish Mint or Fish Leaf: Ever tried fish mint? Wow, it's really fishy. Appropriately named, this leafy herb has an awfully pungent smell and taste. You'll think you wrapped actual fish into your spring roll, but really it's just this sneaky leaf.

Basil: More popular in Thailand but still makes an appearance in pho and on herb plates.

Lemongrass: Tastes and smells, not surprisingly, like lemon. Used in both sweet and savory dishes.

Perilla Leaf: Green on top, purplish on the underside with a complex flavor that combines licorice, mint, and lemon all in one leaf.

Dill: Hardly associated with Southeast Asian cuisine but used in a famous Vietnamese fish dish called Cha Ca, where it's treated more like a veggie than an herb.

Ginger and Galangal: Both knobby rhizomes, both pervasive in Vietnamese cooking.

Saigon Cinnamon: There are different species of cinnamon in the world, and this one is indigenous to Vietnam. Woody, earthy flavor and aroma.  Important in pho.

Tamarind Pulp: Maybe this doesn't belong on this list, but it needed to go somewhere. The sweet-sour pulp is used in noodle soups and curries.

In lieu of fresh milk, you'll see cans upon cans of sweetened condensed milk, famously used in "white coffee." The sweet, lusciously thick blanket of milk gets mixed with Vietnamese-grown dark roast coffee, individually brewed from a small metal drip filter into each cup. Usually there's more sweetened condensed milk than actual coffee in that cup. Unapologetically sweet and amazing, it's also dangerously strong. I wasn't sure why I couldn't fall asleep in Vietnam for several nights and then realized, oh right—might have been all those cups of coffee.

Fruit: As vegetables and desert fruit

Unripe fruits are considered more like vegetables in Vietnam. A green papaya or banana flower, for example, becomes the base for salads in lieu of leafy greens. Usually a bit sour, the unripe fruit pairs nicely with fish sauce, chili, garlic, dried shrimp, and finely chopped peanuts.

Ripe fruit, on the other hand, is sweet and wondrous. Instead of cakes or cookies for dessert, usually a meal ends with a hot teapot and big platter of indigenous fruits. Slices of banana, mango, pineapple, watermelon (the redder the insides, the more good luck awarded to you!), dragon fruit, papaya, rambutans, and lychees. 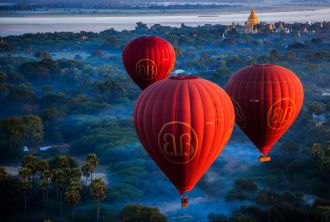 Discovery The Unique Culture Of The Red Dao In Sapa, Vietnam